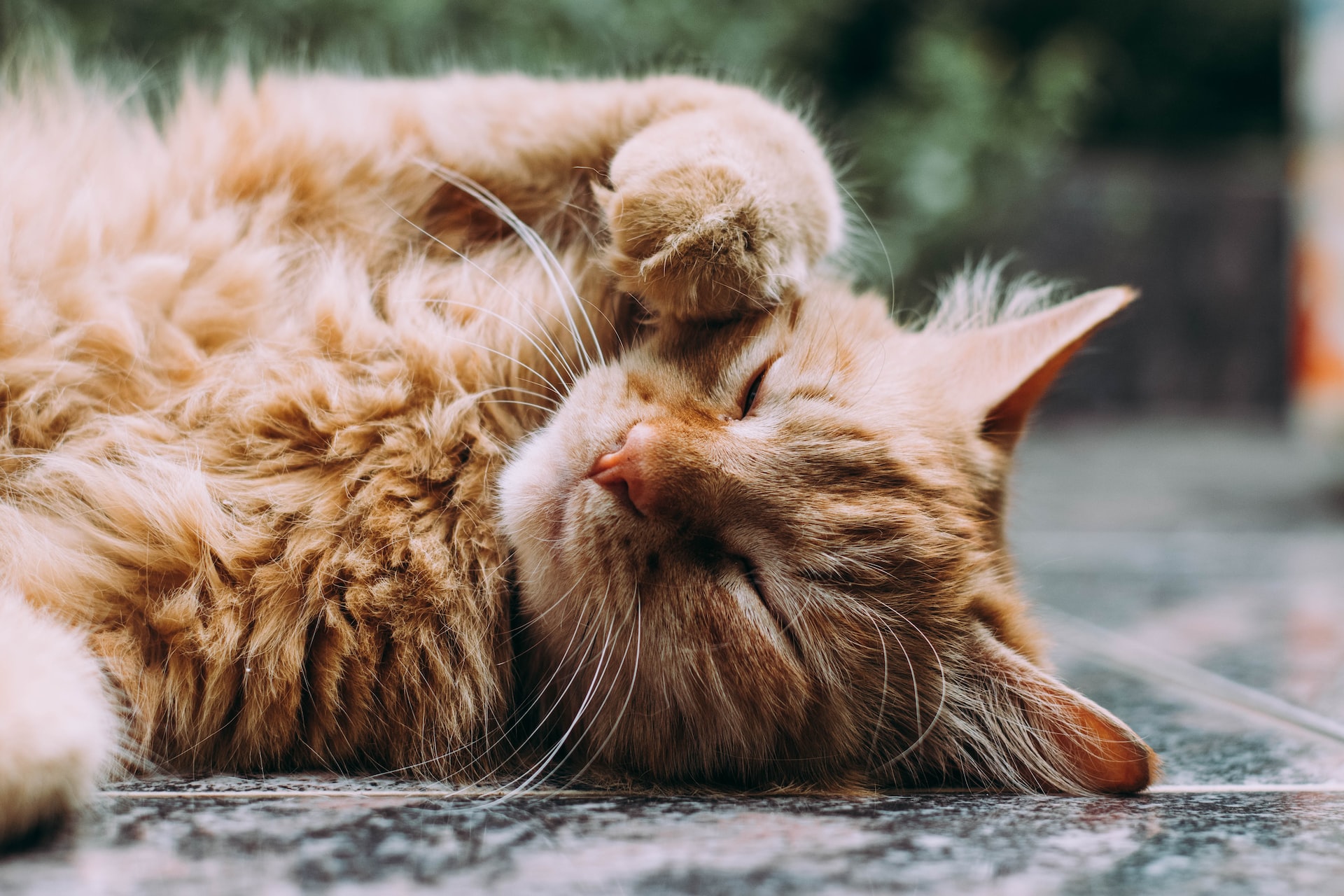 Spayed female cats no longer have the means necessary to produce kittens, but they can sometimes produce milk in certain conditions. If your female cat is spayed and yet still produces milk, don’t be alarmed. There are many reasons why a female cat that has been spayed might continue her milk production.

In this article, we’ll guide you through these reasons, pointing out instances when you should consult with your local veterinarian in order to determine the underlying cause of this lactation. Most mother cats only lactate when they are nursing, but there are other reasons why this might occur as well.

Are you ready to learn more about how a spayed cat can produce milk, and why? Let’s get started.

What Does Spaying a Cat Mean

Getting your cat spayed is not uncommon. In contrast to neutering, spaying refers to removing the ovaries, uterus, and fallopian tubes from a sexually intact female cat. Neutering simply removes the male cat’s testicles to prevent fertilization if the male were to come into sexual contact with a female cat.

Most spaying is done in a straight-forward surgery wherein a veterinarian will make an incision to remove the female reproductive organs. This is done under general anesthesia. Veterinarians can also perform what’s called a “flank” or “side spaying” surgery, where the incision is cut into the cat’s side, rather than an area where kitten paws may irritate the incision.

Spayed cats recover within 12-24 hours. Veterinarians may wish to help the recovery process along by introducing warmed subcutaneous fluids. In about 2 weeks, the incision should be healed and the female cat will remain infertile.

Why You Should Spay a Female Cat

There are many reasons why it’s a good idea to spay a female cat. Here are a few common reasons why spaying occurs:

Spaying your female cat can not only reduce their howling mating call, but it can also lead to a longer, happier, and healthier life. For cat owners who neuter their male cats, similar results are common. Your male cat will no longer roam, fight with neighborhood cats, or spray urine everywhere to mark their territory.

When to Spay a Female Cat

Female cats can be spayed when they are 2 months old or weigh over 2 pounds. You can spay your mother cat during lactating/nursing, but it should be done before 5 weeks after the birth of her kittens. After 5 weeks, the mother cat can become pregnant again, so it’s best to nip it in the bud before this point.

How Can a Spayed Cat Produce Milk

Mother cats typically produce milk after they are spayed. They will continue milk production until their kittens are about 10 weeks old. At this point, the kittens can safely be weaned from the mother. A female cat who is spayed during her heat cycle can also produce milk.

In some cases, spayed female cats can lactate 3-4 days after being spayed. This is due to the hormones within the cat’s body being released. For instance, in a pregnant cat, these hormones that cause lactating begin about a month before the cat gives birth.

Cats nurse for many reasons, and not always as a result of spay surgery. Kittens nurse until they are able to eat kitten food and solid food as they continue to grow. As the kittens continue nursing, however, other things might be going on.

Mother cats can also experience what’s referred to as a false pregnancy, phantom pregnancy, or pseudopregnancy. In this condition, ovulation causes lactating because the hormones that are responsible for pregnancy and lactation are out of balance. Effectively, the cat is lactating without being pregnant.

A phantom pregnancy can occur when the female mates with an infertile male. In this case, the mating behavior releases the egg so that it can be fertilized by the male, but when it fails to be fertilized, the egg is released from the female cat’s body. At the same time, the ovulation will trigger hormones that can trick the cat’s body into thinking it’s pregnant.

Hypothyroidism has been linked to lactation as well, due to the blood changes the female cat undergoes. However, this is a rare occurrence.

Many older cats can allow kittens to suckle if they’ve had kittens of their own before. This is sometimes done as a way for the older cat to comfort kittens who may have just been weaned from their mother. It is okay to allow this behavior, as long as the teats and surrounding skin are not inflamed and/or red.

If this is the case, see a veterinarian as soon as possible.

One final way a mother cat may produce milk after being spayed is due to ovarian remnant syndrome. In this case, an incomplete ovariohysterectomy or leftover ovarian tissue causes the female cat’s body to produce estrogen and may result in a phantom pregnancy.

The best way to determine if your spayed cat has ovarian remnant syndrome is to closely monitor her behavior. If she begins to go into heat a few days after her spaying surgery, she may be experiencing a pseudopregnancy.

What is ovarian remnant syndrome?

Ovarian remnant syndrome describes the presence of left-behind ovarian tissue that can produce estrogen on its own. This is not uncommon, but it depends on the circumstances of the spaying procedure as well as the cat herself.

When can you spay female cats?

How long does a cat nurse?

Most cats will nurse for about 8-10 weeks. Cat nurse behavior can vary from one to the next, but most are successful in weaning their kittens by relying on their maternal instincts.

Is it safe to spay a mother cat if it is pregnant and/or nursing?

It’s not the safest time to spay a mother cat when she is pregnant, but you can easily perform the procedure when a female cat is nursing. Just be sure to return the female cat to her kittens once the procedure is done, either nestled in with them at home or at the place you found her in the wild.

When can cats become pregnant?

Why do spayed cats continue to produce mother’s milk?

The hormones responsible for lactating and creating the milk supply can take some time to catch up to the lack of reproductive organs that produce the corresponding hormones. Producing milk requires the presence of these hormones, so as soon as they are worked out of the mother cat’s system, the lactating should cease.

Spayed cats can produce milk under the right conditions. For example, a spayed cat can lactate a few days after surgery as a result of the hormones surrounding pregnancy and lactation being released.

A spayed female cat might also experience a pseudopregnancy that could cause lactation. No matter what causes your female cat to lactate, it’s always a good idea to keep an eye on her and bring her to the vet if anything serious occurs. According to Wikipedia, whiskers are usually thicker and stiffer than other types of hair, but similar to other hairs, the shaft or body consists of keratin and contains no nerves. Keratin is a thick fibrous protein which also makes up hair, nails, and other areas of the body. Whiskers are different from other hair structures… Fleas are little pests that just don’t want to go away.  Once it seems like you have gotten rid of them, there are a dozen more.  There are lots of different treatments on the market that you can use on your cat.  Many of these treatments use strong chemicals which can be very harsh on… Painting with acrylics is a hobby shared by many all around the world. At one point or another you may have a cat that will lick or eat paint, not because its delicious, but because cats are curious creatures. Now you are left with that small pit in your stomach as to whether acrylic paint… Have you ever seen or had a cat that was tatted from head to toe? Maybe the previous owner was tough and wanted their cat to match their character. All jokes aside, If you ever find a female cat that has a tattoo, don’t worry. This is common among vet’s to signify that the cat… Boating with cats you ask yourself?  It sounds completely insane right?  Cats and water go together like pancakes and steak.  It is just unheard of. Do cats like boats?  Actually, cats have been sailing on boats for centuries and really do enjoy it.  Back in the older days, cats were very handy on ships. Cats… There is a lot of debate about whether or not incense is bad for cats. Some people say that it is, while others claim that it is perfectly safe. So, what is the truth? In this article, we will explore the pros and cons of using incense around cats and try to answer the question…